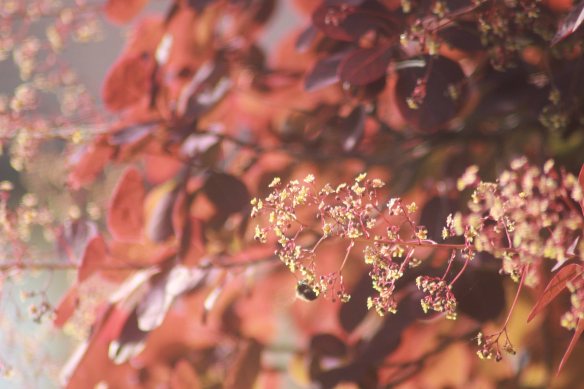 Today was sunny and warm for foraging. The garden was buzzing with honeybees, bumbles, solitary bees, and other pollinators. “Do damselflies buzz?” I wondered as a bright blue streak flew past.

Fairer weather had attracted cake-foraging beekeepers to the apiary with a small crowd sitting down for cream sponge and chocolate chip. I tried a slice of each and Jonesy told me his latest queen dramas. “I bought a new queen from Greece,” he said. “I’ve called her Olivia.” 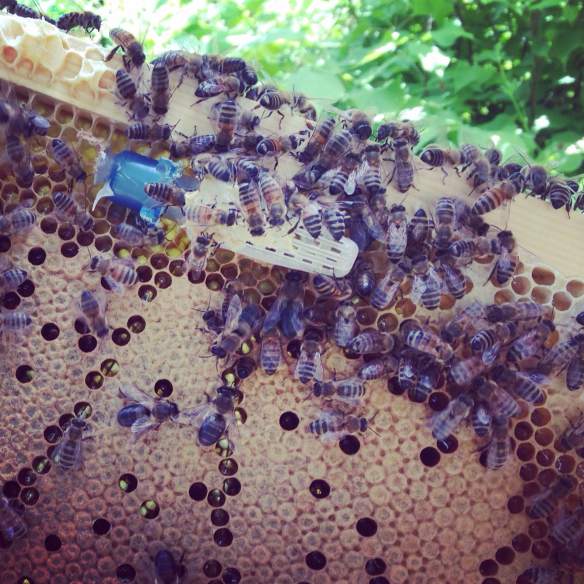 Pulling on our suits, Emily and I followed Jonesy past the overgrown apiary path to visit Olivia. She was still in a cage with the worker bees desperately crowded around her. We all hoped that they would greet the new queen kindly. We’ll have to wait and see.

A bumble bee was slowly walking towards the hive reigned by Queen Pepper. Emily tried to discourage her from going inside, because Pepper’s lively ladies would probably nip off her hairs.

The Bailey comb change was interrupted on Pepper’s hive, because the colony was split in an artificial swarm about three weeks ago. This I feel is a possible disadvantage to doing a Bailey comb change later in the season, by becoming interrupted by the swarming instinct, but the wet weather at the start of spring made us wait.

Pepper wasn’t spotted in her hive, but Emily found eggs so the queen was there at least three days ago. The bees were content and doing well for stores and brood, and even have a super on top. 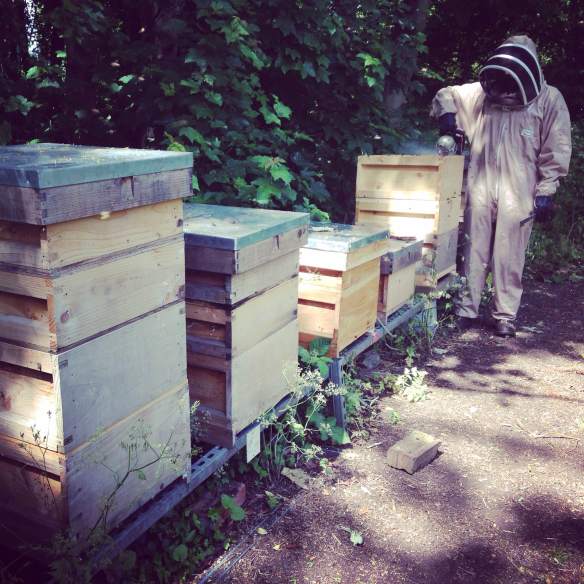 The split colony was behaving well, but there was no sign of a new queen, eggs or much in the way of brood or stores. We’ll check again next week, as new queens can take their time to settle in, before deciding whether to re-combine the colonies.

Melissa’s hive had completed the Bailey comb change. I found eggs in the top brood box along with nicely even biscuit-coloured worker brood and plenty of stores. The honeycomb in the bottom brood box was almost emptied, but it was still full of bees. How to get them out? Shake the bees? 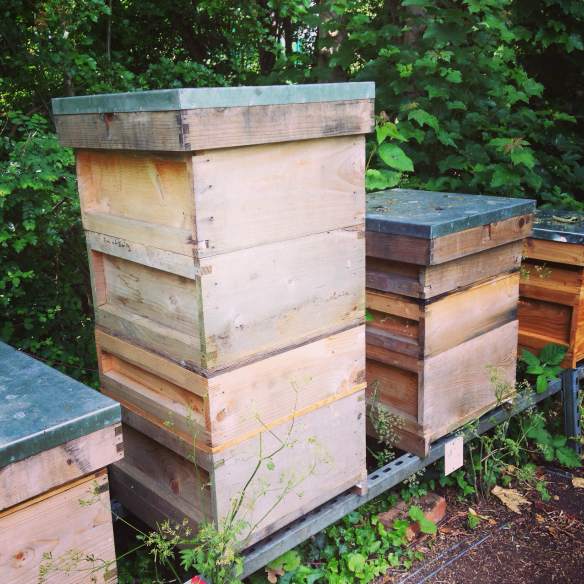 We chose a gentler option that had worked in previous years. With the top brood box placed on the hive floor, we created a space above the colony using an empty brood box and put the bottom brood box above this. The cavity should encourage the bees to rob out any remaining stores and move downstairs, but it will be quite crowded. This is a strong colony. Another super will be needed to give the bees more space.

At home it was peaceful to sit in the garden and let nature take care of itself. I got out my camera for the first time since the start of the year and captured the blue tits coming and going from their nesting box. 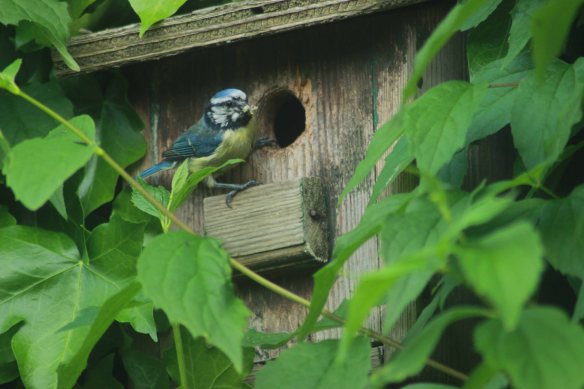 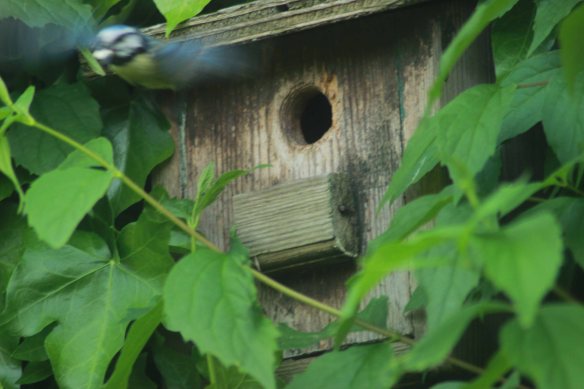 The mason bees are behind bars after I found strange sticks poking out of the bug hotel. It was suggested on the UK Bees, Wasps and Ants Facebook Group that larger birds like magpies and crows might use sticks to poke out the bees. The cage seems to have deterred the birds, I’ve found no more strange sticks and the bees don’t mind it. 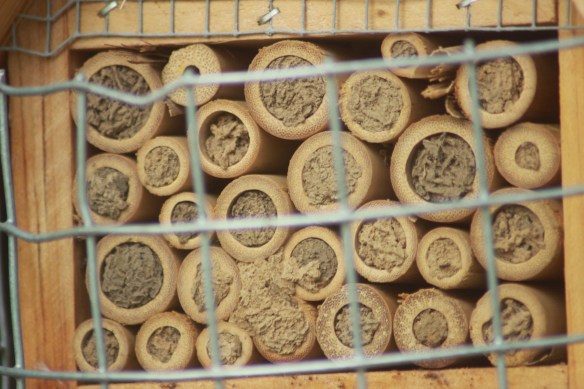 The red leafy tree is yielding delicate tiny flowers beloved by honeybees and bumble bees. I could just about see a fat fuzzy bumble hanging off foliage in the branches above. 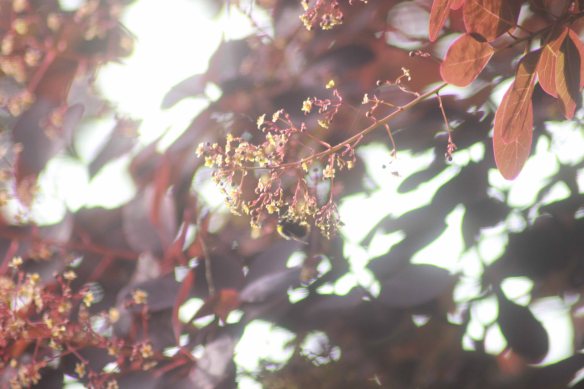 All is well in the hives and garden for May – long may it last. Tomorrow rain is forecast, let’s hope it passes soon.

My next post will be in two weeks’ time, while I catch up with all of yours!

28 thoughts on “A beekeeper’s notes for May”