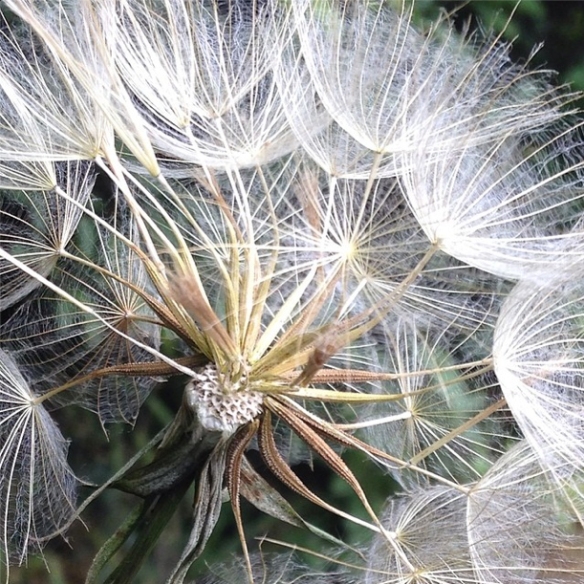 After spring has flowered and before summer has quite arrived, there is a lull in foliage in the UK and Ireland which is called ‘the June gap’. As nature takes a breath before the summer rush, there are some perennial plants in gardens that help to bridge the gap but usually not enough to satisfy all pollinators.

The June gap is significant in beekeeping because by this time most colonies have built up their numbers and have many more bees to feed, or they have been split after swarming and may be small, weak and low on stores. It is another date in the beekeeping calendar when hives might, suddenly and unexpectedly, need feeding. This year I wondered if the June gap had come early after finding our colonies low on stores at the end of May.

Buckingham Palace is five minutes up the road from where I work. I enjoy eating my sandwiches at lunch in the rose gardens opposite the Queen’s place. I wonder how her hives are doing?

With this in mind, I left work on Wednesday night after the Queen’s parade and went to the apiary to feed the bees. All the hives have feeders under the roofs except for the hive split from Chamomile’s colony, which, not ideally for the time of year, has a bag of fondant above the crownboard. We ran out of feeders after the sudden increase in hives.

I lifted off each roof to find the feeders drained dry of syrup and bee proboscis eagerly poking under the rims to lick up the last drops. I refilled all the feeders and closed up, leaving behind happier bees.

So today when John drove me to the apiary, I was again heavily laden with litres of syrup and an umbrella. The forecast was dark and stormy, and though the storm had passed early this morning, the air was close and thundery. “Go and stroke all your bees,” John said, “Though it may take some time.”

A question asked by a beginner the weekend before had popped into my head as I walked towards the hives, “Isn’t it bad to feed the bees? I read that sugar is not very good for them.” Honey is better for honeybees, of course. But isn’t it also bad for the bees to starve? It’s an inconvenient truth at certain times of the year that hived bees might need feeding or they will starve and probably die.

If the bees don’t want the sugar, then they won’t take it. Experience with stronger hives, or when there is plenty of forage about, has taught me that bees wilfully ignore syrup in the roof when they don’t need it, and this often tells the beekeeper to stop feeding.

I always wonder when we are feeding our bees how other pollinators are surviving. The bees in London have beautiful gardens to visit and I have seen many big fat bumblebees foraging together.

A study recently published in Proceedings of the Royal Society B has shown that bumblebees prefer safety in numbers and feed on flowers where other bees are feeding safely. You can read about it in PhysOrg ‘Safe(bee) in numbers‘.

Emily and I currently have five hives at Perivale apiary and we hope soon to combine some colonies and perhaps sell one, which will leave us with fewer, bigger and stronger hives.

Today’s inclement weather made it unlikely that we would be deeply inspecting the hives. This didn’t matter, however, as Pat had advised to give the new queens two to three weeks to lay, then decide which queens were best before uniting colonies.

The sun came out long enough for us to inspect Myrtle’s hive, which is full of bees and has brood on eight to nine frames. The stores are still lower than we would like, so we decided to feed this colony another week before putting on a super.

We saw Myrtle and tried to cage her in case we needed her. However, she clearly didn’t feel like being caged and escaped twice. Myrtle’s brood pattern is patchy which might mean she is getting old. She is almost two and a half. The bees could supersede her in the autumn, which is how Myrtle herself took over the hive from her mother.

Bees flying in and out of an African-style top bar hive.

Next we checked Chili’s hive and didn’t spot the queen, but the bees were looking purposeful and Emily saw some eggs, so she is in there.

The bees were now getting fractious because of the heavy air and Alan had arrived at the apiary, so we took a break for a bee chat before inspecting the remaining three hives.

Chamomile’s bees were, as Alan said, not happy to perform. Emily spotted the queen, so we quickly closed up and fed them.

Finally, our two swarmed hives. Things were not looking good here and the bees were not happy. In one hive there was no sign of the queen spotted last week and no brood. In the other we spotted a small, probably virgin, queen but again no brood. We’ll give the two new queens a week’s grace to prove themselves worthy rulers.

Sorry for the lack of honeybee and beekeeping photos in this post – the June weather hasn’t been good for either. Yesterday, however, was the 70th anniversary of D-Day and like many people, my family remembered the bravery of those who fought for our country in the World Wars and any wars, for the freedoms that we enjoy today.

Here’s a picture that my stepdad Bryan Howard posted of his RAF days on his Facebook yesterday. He’s looking very handsome in 1960 at RAF Bridgenorth.

And here is my grandfather Kenneth Spooner, who passed away many years ago. My grandad told me tales of wild rivers, crocodiles and bush babies while on foreign duty during WWII. I hope there are no crocodiles here! 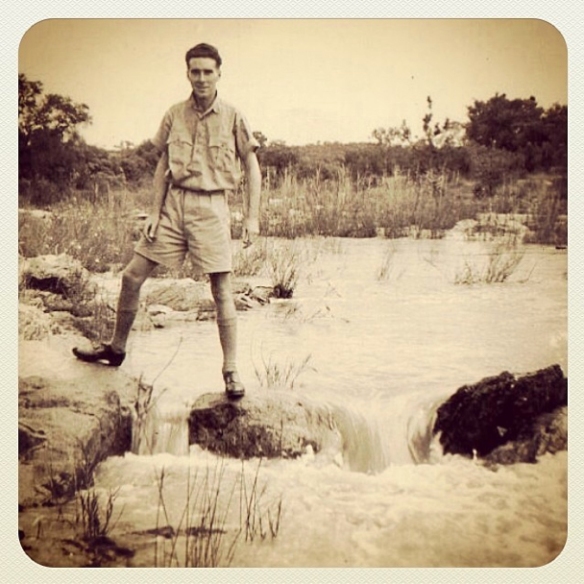 26 thoughts on “Has the June gap come early?”