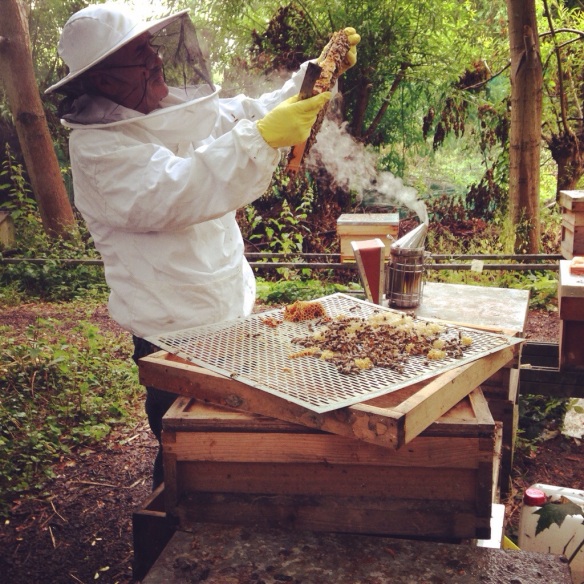 Some say the beekeeper’s year starts in late August to early September after the honey has been harvested and the bees are preparing for winter. In July the flow of nectar should be generous and foragers seen flying home with heavy loads of pollen.

So on Saturday 28 June I stood in front of our hives appreciating that we are on a tight schedule. After getting the bees going in spring, there is a narrow window during which the colony must be strong and conditions must be right to produce a super of honey.

Emily and I have missed that window for the past two years contending with rain, failed queens and small swarmy colonies, but this year our hopes are pinned on two supers on Myrtle’s hive.

With five hives we can’t yet claim the honey as ours. Good weather and strong queens are needed for the bees to make enough stores to see all colonies through winter and to give us a harvest. 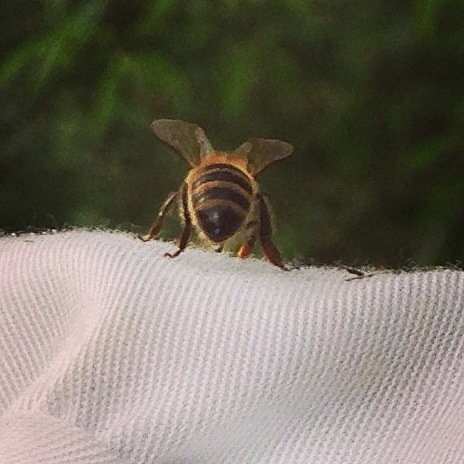 Today we wouldn’t tell if the bees were on track. We were rained out and though some beekeepers did open their hives, they were met with a roar from the bees. Albert’s artistic ladies had been playing in the roof making a construction worthy of Tate Modern. 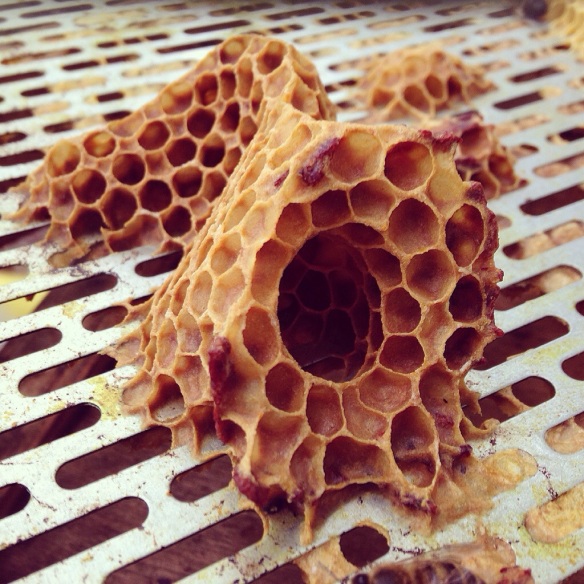 Thomas’s Italian ‘teddy bear’ bees were remarkably calm despite the rain and nursing queen cells. The nuc with the old queen had been experimenting with natural comb. Thomas explained that they start by building two oval segments on either side of the frame before joining them up. 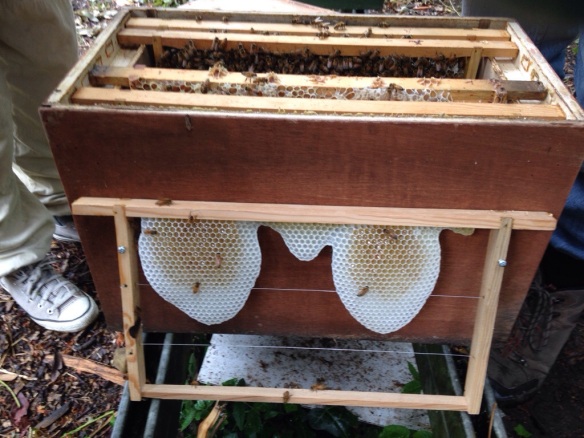 The rain was falling thick and fast now, so we gave up for the day. On my way home I reflected so much time is spent wishing for honey, we forget that the bees are doing something even more amazing all the time – building honeycomb. 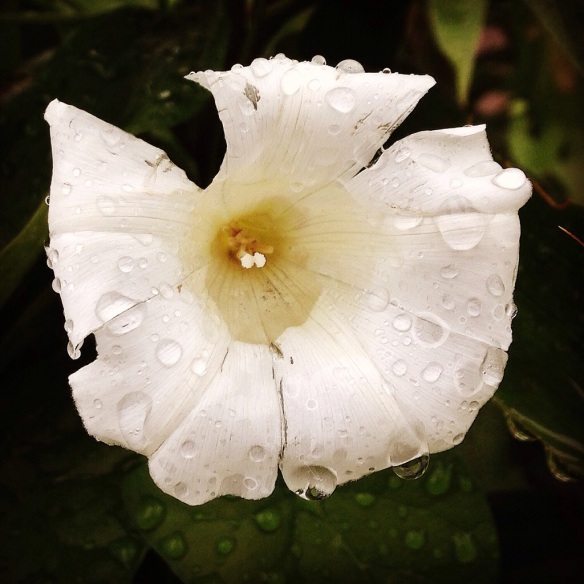 I’ve blogged about the wonder of honeycomb before, but it’s worth repeating.

The honeybee builds honeycomb from wax secreted by the abdominal glands, which is passed along the legs to the mouth and moulded into hexagonal cells. She builds row upon row of perfect six-sided cells in a precise hexagonal array.

Marcus du Sautoy gives a lovely explanation of why bees choose hexagons to build their comb on BBC’s ‘The Code’. “The bees’ primary need is to store as much honey as they can, while using as little precious wax as possible.” To produce a regular-shaped interlocking network, bees can choose three shapes: triangles, squares or hexagons. A hexagon requires the least amount of wax to build and stores the highest volume of honey, which makes it the most efficient shape. “It is a solution that was only mathematically proven a few years ago. The hexagonal array is the most efficient storage solution the bees could have chosen,” says Marcus. “Yet with a little help from evolution they worked it out for themselves millions of years ago.”

Rain or shine we will get wax from our bees, and watching this brings a new appreciation for candles.

15 thoughts on “A rainy day in the honeybee year”