Today is the winter solstice, the shortest day and the longest night of the year in the UK. For a moment the Earth tilts furthest away from the sun in the northern hemisphere, before it turns back towards the light.

My pagan friends celebrate the winter solstice, Yule, by lighting candles to mark the sun’s rebirth. While it is a long time till spring from this point on we can all welcome back the lengthening of days. 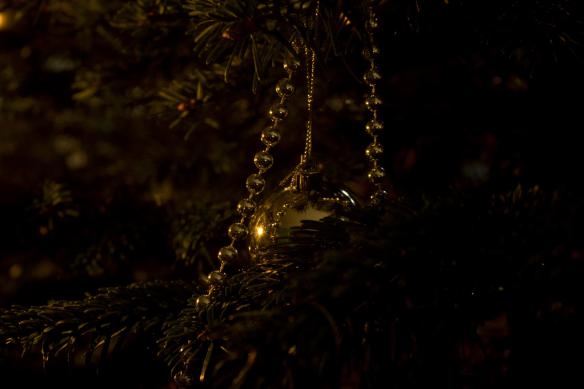 In beekeeping traditions the darkest day of winter is a point of stillness inside the hive. The queen has stopped laying and the workers cluster around her in a broodless nest. A perfect time to give the bees a solstice stocking filler of warmed oxalic acid in syrup.

Yesterday was bright, cold and dry at the apiary. The beekeepers were feeling festive as they ate mince pies and drank home-brewed beer. Everyone was soon very merry!

Andy Pedley was amused that I had decorated our hives a few weeks ago with pine cones and berries to look Christmassy, he tweeted:

There also had been exciting news from Andy during the week, he wrote: “This might justify a special email?” He and John Chapple had been interviewed for Alan Titchmarsh’s The Queen’s Garden, which airs on Christmas Day at 3.10pm on ITV. Wow, beekeeping royalty to follow the Queen’s speech. I can’t wait till Christmas! (You can see John Chapple looking like Father Christmas in his red coat and white beard above.)

Elsa helped us to warm the oxalic acid that we were giving to the bees by standing the bottles in an upturned lid of a teapot. As we marvelled at her practicality, she said in her gentle Australian accent, “I wasn’t a Girl Scout, but I was raised in the bush”.

The sun was dropping fast through the trees and the mince pies had all been eaten. It was time to give the bees their stocking filler. 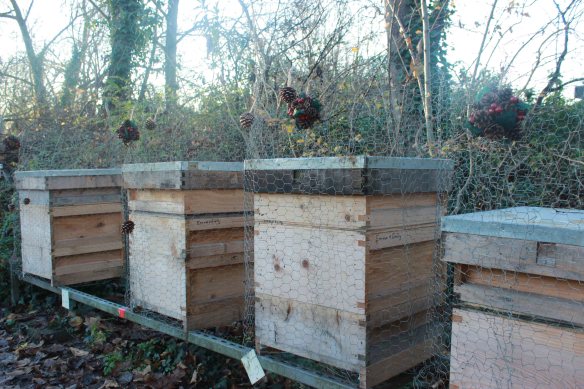 I’ve blogged about giving the bees oxalic acid before, this year two beginners gave it to the hives. They will make excellent beekeepers. The oxalic acid is meant to burn the mouths and feet of varroa mites feeding on adult bees, so they drop off. It is given in midwinter when the colony is thought to be almost broodless and the varroa mites have fewer places to hide.

Some beekeepers now check their hives for brood a few days before giving the oxalic acid following last year’s findings by Laboratory of Apiculture and Social Insects (LASI), which caused something of a stir among beekeepers. The research suggests any time between 10th December and Christmas is a good time for oxalic acid treatment and that you check for sealed brood, and destroy it, around two days before. I hadn’t forgotten the advice but we didn’t do this. I could tell by looking at the way the bees were moving around and over the frames that there is likely to be sealed brood inside the hives. Perhaps it is a knock-on effect of a longer brooding season due to a milder autumn and winter? What effect that will have on the oxalic acid treatment, I don’t know.

Even so, all’s looking well inside the four hives. Chili’s bees were playful, Melissa’s bees were peaceful, Chamomile’s were curious (a good sign) and Pepper’s were spirited!

This is my last post of the year as I take a break for Christmas. So, as an aromatherapy beekeeper, I’ll leave you with a picture of the apiary on the darkest day in winter and a stocking filler from the bees – a home-made honey-and-lavender lip balm that you can make quite easily. The recipe is in the Postnotes below, along with more details about The Queen’s Garden.

All that remains to be said is a Very Happy Christmas bees, humans and everyone! 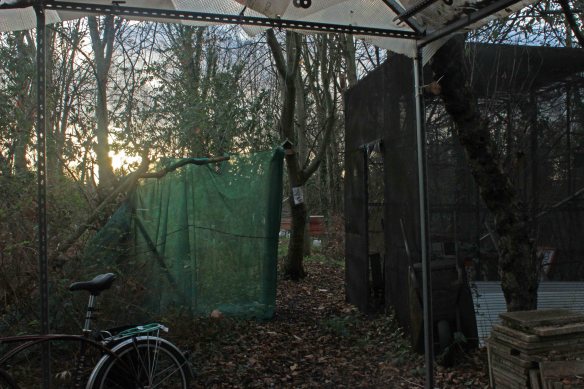 See you all in the New Year xx

Of course, the lip balm is meant as a gift – you can’t sell home-made cosmetics without special safety requirements. As an added precaution too, skip the lavender oil if you are pregnant. Aromatherapy texts differ on which essential oils to use in pregnancy and at which stage of pregnancy, and the proper advice is actually a lot more involved than this. I’m not going into that now, so skip the lavender to be on the safe side – the balm really is as nice just as honey and beeswax.

The recipe is also posted on the Ealing and District Beekeepers’ website which I run, as a news item along with a link to the recent Bee Craft live episode on using hive products.

The Queen’s Garden
Thursday 25th December at 3:10pm on ITV
Queen’s Garden, Episode 1: The first of two programmes in which Alan Titchmarsh gets exclusive access to the royal gardens at Buckingham Palace for a whole year. He watches the garden change over the four seasons and reveals its hidden treasures that have evolved over five centuries. In the first part, he arrives along with 8,000 others to attend the Queen’s summer garden party, but unlike the other guests, he has a different itinerary. He begins by venturing into the garden’s wilder spaces where nature has been left to rule. He meets the Queen’s bee keeper John Chapple, delves into the history of the garden and finds its oldest tree. Late summer is the ideal time to visit the rose garden with its 18th-century summer house. Later, as Christmas arrives, Alan helps royal florist Sharon Gaddes-Croasdale bring in plants to decorate the palace.

Download a free ebook stocking filler here, a Christmas gift from me and the bees.